My STEM (Science, Technology, Engineering and Mathematics) story starts in Caracas, Venezuela with a television program about a 12-year-old girl with bone cancer in her leg.

In the show, doctors were adamant that the leg had to be amputated, but the little girl’s parents were having none of it. They found a small company in California that could scan the native femur and use a copper wire lathe to produce a replacement implant made of titanium.

There was a catch. If they found cancer in the tissue surrounding the bone during surgery, they would still have to amputate.

Fortunately, the surgery was a success and the little girl kept her leg. She ended up becoming a ballerina and her story inspired me on my career path as a biomedical engineer.

But career paths are not always straight forward. In the same way light travels in tissue, there can be multiple scattering events.

With no courses for biomedical engineering in Venezuela, hurdle number one was getting myself to the United States to finish high school and get into the right program at the right university.

Biomedical engineering at Louisiana Tech University, with its focus on artificial organ design, was a perfect fit. And so it was in the beautiful college town of Ruston – go Bulldogs! - where I discovered my passion for research.

Next stop was Motown. With a Bachelor's degree in Biomedical Engineering under my belt I was offered a research fellowship at Henry Ford Hospital in Detroit, Michigan.

For nearly three years I pursued rewarding research in a fantastic hospital environment, right up until the National Institutes of Health pulled the funding. So, with an expired work visa and after 17 years in the US, I experienced the first of many career scattering events and had to return home.

With a dearth of biomedical engineering opportunities on offer in Caracas, I adapted – a crucial skill for a career in STEM - and took a role at the Venezuelan Institute for Scientific Research, the then premier basic research institute in South America, where I met a brilliant researcher working in renal physiology; not in humans, but blood sucking bugs.

While there, I developed a system to measure the pressure in the bugs’ kidneys, called Malpighian tubules. This was challenging and different work. It allowed me to work outside my comfort zone and develop new skills. It was some of the most fascinating work I have ever done. 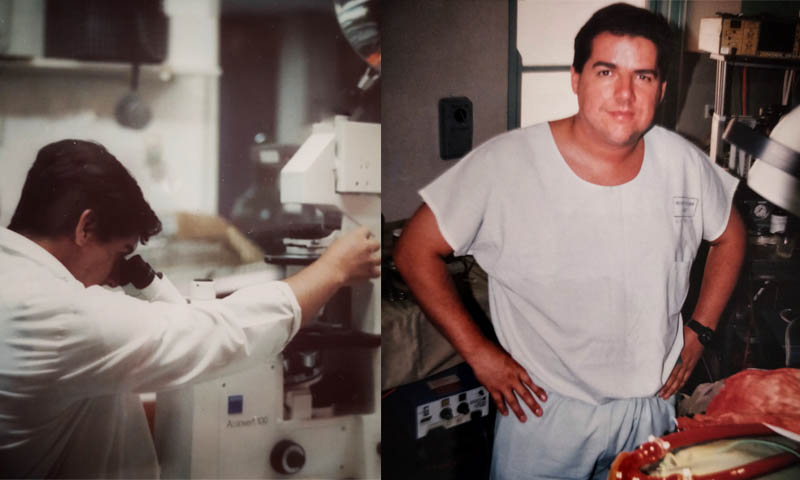 While I was measuring how bugs pee, I read a magazine article about a surgeon called Victor Chang who was developing an artificial heart. It said he was from St Vincent’s Hospital in Sydney, Australia.

Another scattering event. The article also mentioned that the team was looking for biomedical engineers. It was an opportunity that had ‘Alfredo’ written all over it.

After finding Australia on a map, I applied for my Permanent Residency and to UNSW’s Graduate School of Biomedical Engineering, into which I was accepted. However, before I arrived in Australia, Victor Chang died in tragic circumstances. My project at UNSW was no longer available and I once again had to adapt.

Through some contacts at UNSW, I came across the CRC for Cardiac Technology. It was based at a hospital, which I liked and offered the opportunity to do industry-relevant projects. Unlike traditional PhD programs in academia, they gave me exposure to commercial considerations in research projects.

Things were progressing nicely, until they weren’t. The project’s main industry partner went bankrupt and I still had a year and half left on my project. I was not about to give up and with fantastic support from my PhD Supervisor at The University of Technology, Sydney I was able to finish. Then what?

Research jobs for newly minted PhDs were few and far between, but the need to eat was omnipresent so I took a job in a pharmacy doing the computerised ordering and stock management.

Once again, relationships came to the rescue. My UTS PhD supervisor called and offered me a post-doctoral position, with guaranteed funding for three years and no teaching.

Then, yet another scattering event, this time in the form of a four-month internship in tech transfer and commercialisation - in The Netherlands.

I found my nirvana in Groningen. I fell into work that absolutely fascinated me - the challenge of translating scientific discoveries into commercially successful products that make a difference to people’s health and well-being.

After multiple scattering career events that took me from Venezuela to Australia and the Netherlands via Louisiana and Michigan, I have arrived at MTPConnect, the Medical Technologies and Pharmaceuticals Industry Growth Centre.

In working to build the ecosystem for medtech, biotech, and pharmaceutical discoveries I remain heavily connected with science and exposed to new technologies. I’m able to see the bigger picture; that science is but one part of the complex, risky journey of bringing new products to market.

When we get it right; when research and industry come together, we can create 3-D printed titanium implants so little girls the world over can all grow up to be ballerinas. It’s amazing what can be achieved when you focus multiple scattering events.