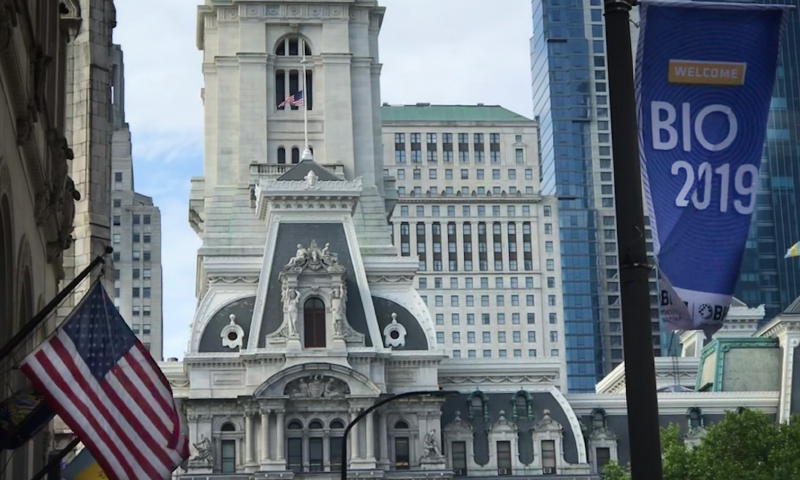 Article by Tamra Sami, published in BioWorld on 7 June 2019.

This year’s Australian delegation saw the most impressive participation to date at the Biotechnology Innovation Organization’s (BIO) 2019 conference, with more than 150 Australian companies participating as well as numerous government representatives.

The country has a lot going for it lately as the biotechnology and med-tech sectors have matured in the last decade, and there is more capital available than ever before. That increased activity has gotten state government attention, and those budgets are beginning to reflect new investments into the sector to continue to grow the ecosystem.

Western Australia (WA) sent its first BIO delegation, which brought the state’s Deputy Premier and Health Minister Roger Cook and Chief Scientist Peter Klinken to Philadelphia. Queensland Premier and Minister for Trade Annastacia Palaszuk also made the trek from the southern hemisphere as did Queensland Minister for Innovation and Tourism Kate Jones. Deputy Premier Cook told BioWorld that it was his first trip to the U.S., and he was pleased that the Labor government in WA is committing more funds into medical research, which will allow Aussie biotechs to engage more with multinational pharma and med-tech companies. Western Australian has committed AU$1.3 billion (US$908 million) to the Future Health Research and Innovation Fund to supercharge future investment in health and medical research and innovation, doubling the current annual expenditure.

“Australians have really taken BIO 2019 by storm, said MTPConnect CEO Dan Grant. “It’s the largest delegation I can remember, and the interest in Australia’s biotech and pharma offering has been intense.

“In particular, the heightened awareness here of Australia as a preferred destination for clinical trials has been really pleasing to see.

"Our growing reputation globally for speed, quality and regulatory simplicity is truly something we can build on to grow a powerful export industry that also delivers for patients,” he added.

MTPConnect released at the conference a new report, titled “How Global MedTech and Pharma Corporates Engage with Australia,” which underscores that the market for innovation is global and reaffirms the high regard that multinational pharmaceutical and medical technology firms generally have for Australia’s excellence in science and research, Grant said. “While there are some pragmatic barriers to further increasing our already strong engagement with these firms, such as Australia’s geographical isolation, the report pinpoints tangible solutions to mitigate any hurdles,” he added.

“Seeking early stage collaboration to get our innovators in front of key decision-makers is important, as are focusing on areas of overlap between the multinationals and areas of excellence in Australian innovation and being at the right networking events.”

It’s the largest delegation I can remember, and the interest in Australia’s biotech and pharma offering has been intense. Dan Grant CEO, MTPConnect

Meanwhile, AusBiotech’s annual survey of biotechnology industry CEOs shows that while Australia’s strength in life sciences remains in a growth trajectory, there is a worrying fall in business sentiment across the sector with uncertainty over the fate of the R&D Tax Incentive (RDTI). The Biotechnology Industry Position Survey 2019 showed business sentiment in the biotech sector is pessimistic due to a steady erosion of government support. Only 14% described the Australian operating environment as conducive to growing a biotech business, down from 37% the year before. This is the worst result this decade and points to a challenging period ahead. Almost 26% of respondents said the environment “works against growing a biotech business,” an increase from 16% in 2018.

While industry metrics are still sound and growth still expected, the survey revealed a “wait and see” approach from companies in regard to employment, with a sharp increase in the plan to hold staff levels steady (24% to 47%) and a decrease in the intention to hire (73% to 51%).

The past year saw a significant drop in those that experienced an excellent year (from 29% to 19%). The industry’s frustration on the continued threat to the RDTI was “loud and clear,” the report said. “Both the lack of vision for industry growth levers and plans to cut support to the sector has shown a disillusionment across the industry, the likes of which we have never seen before.”

The R&D Tax Incentive is the most critical centerpiece program in the translation of Australia’s research, and the program has been successful in helping attract more investment in R&D and fostering a strong Australian life sciences clinical trials sector. “Industry is frustrated at the government’s lack of commitment to a business environment that better supports our cuttingedge research and development,” said AusBiotech CEO Lorraine Chiroiu.

“Emerging markets in the Asia-Pacific region are making biotechnology a priority, and Australia must continue to provide an attractive landscape for life sciences firms to conduct R&D, manufacturing and domestic distribution activities to fuel growth in 2019 and beyond.”

Alongside business sentiment and policy concerns, the survey found: