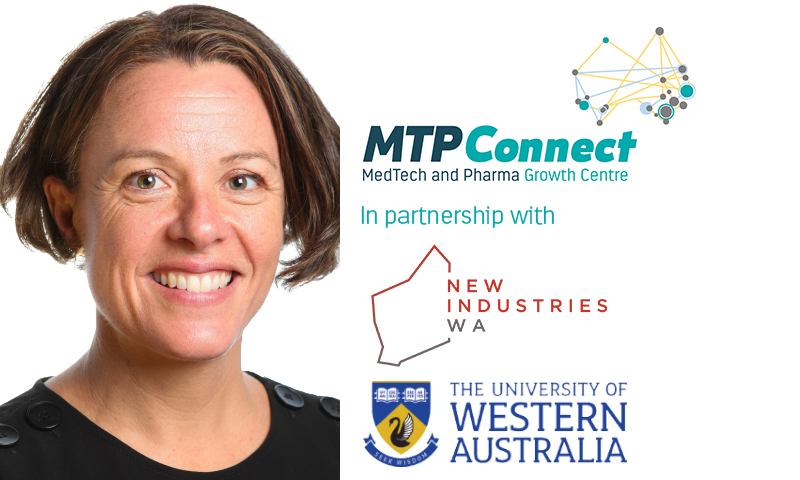 MTPConnect is excited to announce the appointment of Dr Kate Brooks to the team, in the role of Director of Stakeholder Engagement for Western Australia.

Working in partnership with the WA Government and the UWA, we are working to support the growth of Western Australia’s burgeoning life sciences sector and the creation of new medical technology and pharmaceutical jobs. MTPConnect’s WA Hub, with Kate on board as Director for Stakeholder Engagement, has a key role to play in that work.

Kate has a Bachelor of Science, Physics, from the University of Wollongong and Doctor of Philosophy, Physics, from UNSW. She joins us from a role as Innovation Manager at Wesfarmers Chemicals, Energy & Fertilisers. Kate has previously worked for the CSIRO in a senior role with the Australia Telescope National Facility, where she was responsible for the day-to-day site operations of CSIRO’s five radio astronomy sites across Australia. She has previously been a research scientist with CSIRO Astronomy and Space Science.

The MTPConnect WA Hub is located at UWA, in the Harry Perkins Institute of Medical Research building. The initiative was jointly announced by the WA Minister for Innovation and ICT Dave Kelly and the Deputy Premier and Minister for Health Roger Cook in July 2018, and is supported by the WA State Government’s New Industries Fund and UWA.

Listen to our podcast to hear more about Kate's background and learn about an emerging WA-based start-up OncoRes Medical.

Watch this space for more news about WA and how we are enhancing life sciences innovation.