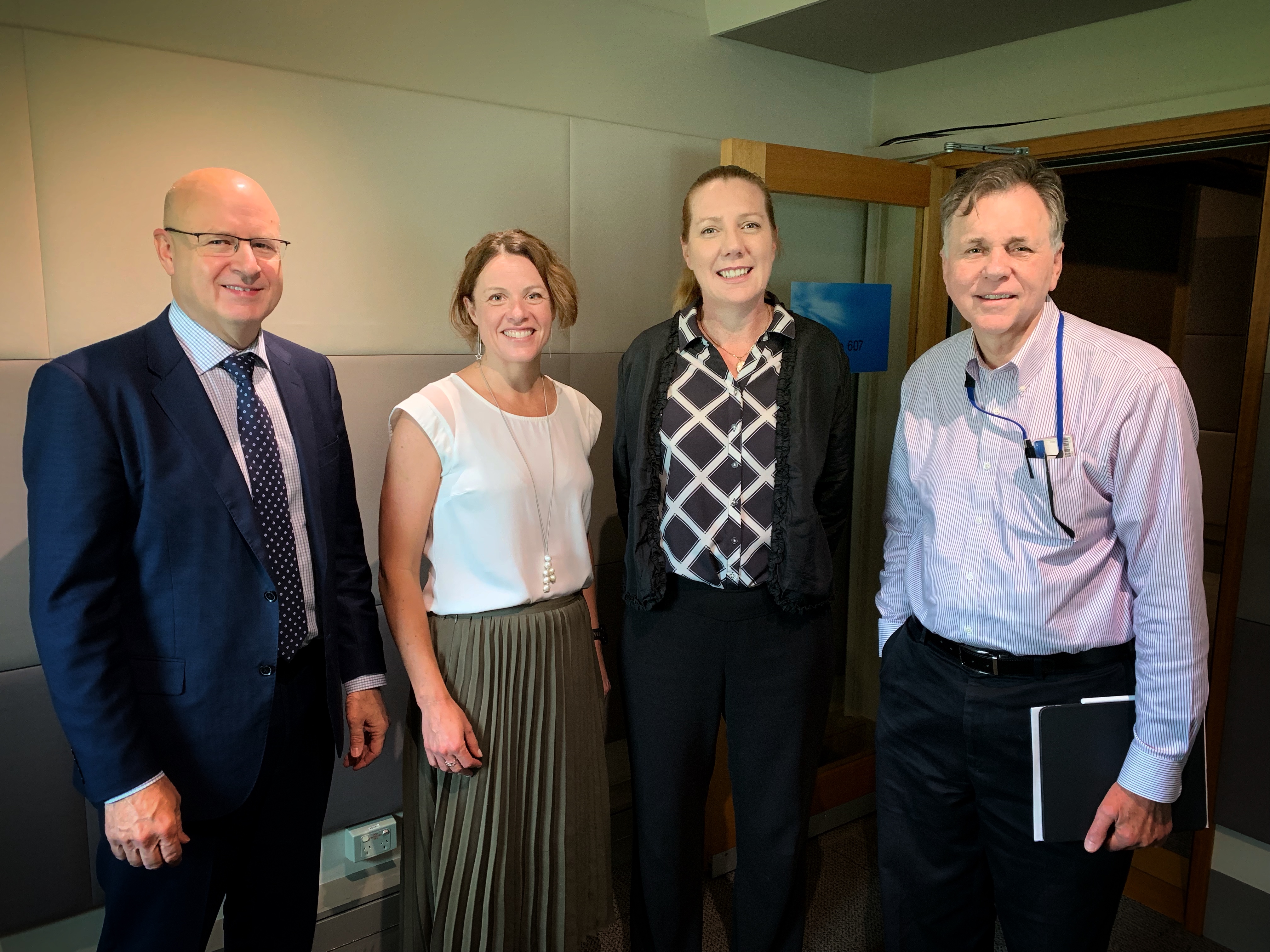 Western Australia is a fast emerging hub for life sciences and medtech innovation - and the world is taking notice.

Start-ups like OncoRes Medical have been wowing judges at major pitch competitions, including Pitch@Palace 2 in 2018. And later this week they’ll be flying the Australian flag as one of five finalists pitching at the MedTech Innovator Awards in Boston at the MedTech Conference.

Noisy Guts is another start-up on the rise, winning the National 2019 iAwards’ for both a Merit for Research & Development and the Community Service category. In October, its CEO & Co-Founder Dr Josephine Muir will take Noisy Guts to the Australian finals Pitch@Palace 3 competition, being held in Perth.

To delve a little deeper in to the Noisy Guts story, and the explore the challenges of translation, we invited its principals into the MTPConnect podcast studio for a chat. The episode, posted last week, not only features Dr Muir but also Professor Barry Marshall, Director of the University of Western Australia’s Marshall Centre for Infectious Diseases, Research and Training and winner of the 2005 Nobel Prize for his work on the causes of ulcers.

Professor Marshall said the idea for Noisy Guts “was an inspiration” he had while visiting a friend at another university in WA.

“He showed me these little microphones to put on your house to listen for termites, so it was a tiny IoT gadget and then using AI to listen to termite scratching noises,” Prof Marshall explained.

“In the back of my mind, there’s all these insoluble medical problems, and one of the most common is irritable bowel, which is also quite common in children. I thought why not put microphones on people’s abdomen and analyse it with a super computer and get all that information, because irritable bowl must be related to contractions in the guts.

“So the technology is continually improving and this idea is being used all around the world for different kind of applications now and it’s become really mainstream in the last three years and it’s great to see it come to fruition with Noisy Guts.”

Dr Muir said the technology that started Noisy Guts has many possibilities for clinical applications.

“So we first started with Irritable Bowel Syndrome because we were looking for a solution to a medical problem, but the more we started recording, listening and analysing gut noises, we became fascinated with what else is the gut telling us,” Dr Muir added.

“It became quite an interesting challenge for our team, and we started to look for other gut disorders Chromes, inflammatory bowel, Celiac and every time I pitch, I get other ideas, like ‘I wonder before your appendix bursts, it makes a noise?’ So we’re really excited about where the technology can go.”

On the subject of turning ideas and research into commercially viable products, Prof Marshall was very complimentary of Dr Muir and her team’s motto that there’s no substitute for hard work and determination.

“Because (Noisy Guts) is new, you have to create your own path and blaze the trail and it’s difficult as you have to raise a lot of money, which is considered risk-capital,” Prof Marshall concluded.

“I keep saying to Josephine that if it’s hard work at this stage, don’t worry because you’ll end up with more equity and you’ll be smiling.”

Dr Muir said starting Noisy Guts is “the most difficult thing” she has ever done.

“We’re really fortunate because Barry has taken diagnostics through that translation before and has the tests that sell millions around the world, and we’re really grateful that he’s had that experience,” Dr Muir said.

“But what I think is the biggest challenge is for academics leaving the sanctuary of university and going into start-ups and it’s so public with this risk of failure. To go out into a start-up without that sanctuary and that support crew of university around you anymore, you think ‘how do you reconcile failure?’

“People often ask me, when I’m pitching to investors ‘how many times have you failed?’ and then I think, ‘okay I haven’t done that.’ But what I can talk about is how quickly I learn, and we may have made mistakes a long the way, all those things have been the biggest challenge.”

More of the chat with Professor Marshall and Dr Muir can be heard in our latest podcast episode - it’s available to download wherever you get your podcasts.