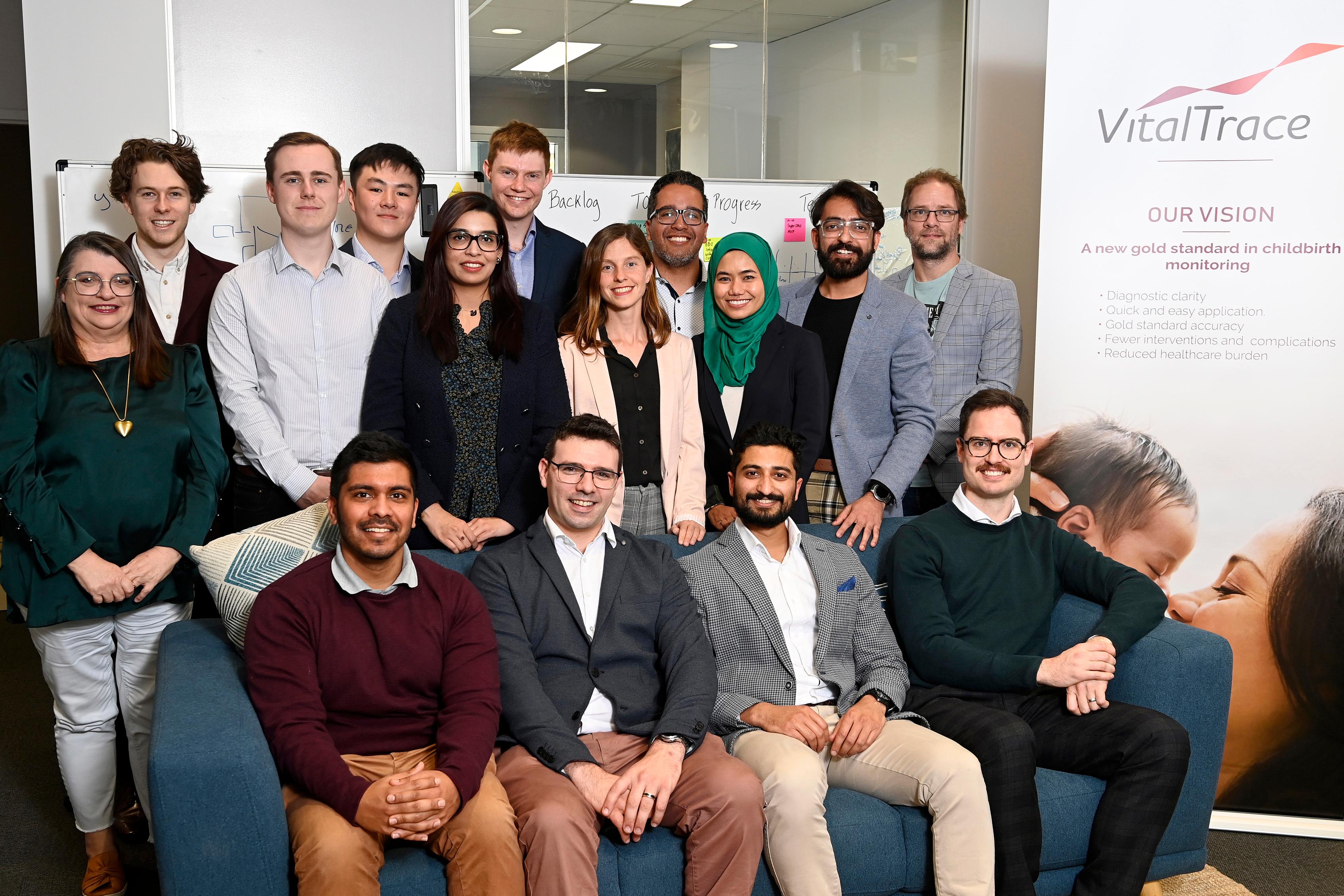 Pictured: The VitalTrace team based in Wembley WA.

Four of the six awards at this year’s WA Innovator of the Year Awards (IOTY) were taken home by Western Australian medtech companies, recognising the contribution and innovation of WA’s dynamic medical technology and pharmaceutical (MTP) sector.

With support from the WA government’s New Industries Fund, the WA IOTY program has been showcasing innovative and entrepreneurial individuals, businesses and creative minds since 2006.

Dr Tracey Wilkinson, Director Stakeholder Engagement WA at the MTPConnect WA Life Science Innovation Hub in Perth said “These awards are a great opportunity to celebrate and showcase our state’s innovators and entrepreneurs. It was fantastic to see so many WA companies take the stage and be recognised for their achievements and endeavours. The future of the sector certainly looks bright, and we look forward to continuing to accelerate its growth thanks to the support of the WA government and the University of Western Australia.”

Congratulations to the following award winners:

Vision Pharma, (subsidiary company of PYC Therapeutics and Lion’s Eye Institute), were named WA Innovator of the Year and awarded a $70,000 prize in recognition of their treatment of inherited retinal diseases.

VitalTrace, led by Dr Arjun Kaushik and Dr Michael Challenor, won the Wesfarmers Wellbeing Platinum Award. The company is developing a highly accurate biosensor to improve the safety for mothers and babies during childbirth.

This has been a particularly busy week for VitalTrace and VeinTech, after both companies alongside SynGenis, OncoRes Medical and Proteomics International were also awarded funding through the MTPConnect WA Life Sciences Innovation Hub Manufacturing Voucher Scheme, to accelerate innovation projects requiring advanced manufacturing capabilities.

Special mention to Avicena Systems and Agile8 who were also finalists in WA Innovator of the Year categories.