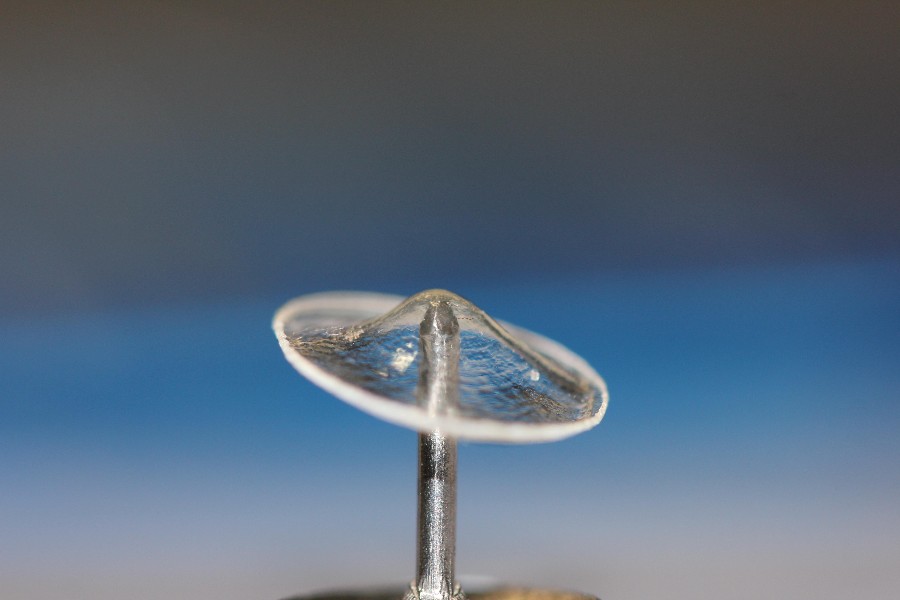 An innovative, Australian-developed device for the treatment of perforated eardrums has the potential to improve thousands of lives.

The World Health Organization estimates that up to 330 million people[1] suffer from chronic middle ear disease (CMED) - a condition that is particularly prevalent among Australian Indigenous children, who experience some of the highest rates of CMED in the world. As the most common cause of perforated (burst) eardrums, CMED is a major burden on the healthcare system. It can be difficult to contain, resulting in damage to patients' eardrums and mastoid bones, as well as ongoing hearing loss and pain. Sixty percent of CMED patients have a significant hearing impairment, which is directly linked to poor education, lower employment opportunities and a decline in mental health. Complications brought on by the condition, such as infections, contribute to the deaths of 28,000 people annually.

In a global first, the Western Australia-based Ear Science Institute Australia (ESIA) is developing a ground-breaking cure for CMED, one that will hopefully provide effective long-term solutions for patients. The research is backed with funding from Round 3 of MTPConnect's BioMedTech Horizons (BMTH) Program.

Working in collaboration with researchers from the Australian Research Council (ARC) Research Hub for Future Fibres at Deakin University, the ESIA team has created ClearDrum®: a mechanically and acoustically optimised silk-based implant that is the first of its kind to mimic the real properties of a natural eardrum.

Similar in appearance and size to a contact lens, ClearDrum is biocompatible and strong enough to resist negative middle ear pressure. It has been developed in two different formulations to suit varying patient needs: it can either dissolve over time to repair small perforations, or act as a long-lasting implant for larger perforations. Its transparency allows surgeons are able to easily monitor the healing process, during the surgical follow-up.

Current surgical treatments are complex and time consuming, and leave up to a third of patients with ongoing problems that require recurring operations. Using existing procedures, surgeons repair a perforated eardrum by making grafts from the patient's own tissue; then they use specialised microsurgery techniques to apply them to the eardrum.

In contrast, the ClearDrum® will provide a simpler and off-the-shelf solution that aims to resolve these difficulties in a single and straightforward procedure. Also, it will allow the patient own cells able to grow and flourish upon the membrane to heal the damaged eardrum; Not only is this insertion technique less invasive, but it produces better long-term care outcomes and avoids the need for follow-up surgeries and expenses, a game changer for the thousands of patients living with chronic perforated eardrums.

ESIA was awarded nearly $4 million from the UK's Wellcome Trust Translation Fund in 2017 and together with the recent BMTH funding for the commercialisation phase, allows the research team to take the device to human clinical trials.

On receiving the BMTH funding, ESIA Chief Executive Officer Sandra Bellekom said: "Our plan is for ClearDrum to be available to patients in a clinical trial in 2021. Without funding such as this from MTPConnect, that opportunity for the end-user to benefit from our breakthrough research would be a lot further away."

The current stage of development of the project includes a working prototype, a strong international IP position, a contract manufacturer organisation and collaborations with a series of Australian companies and organisations to address various phases of pre-clinical and clinical development.

ESIA is one of six designated World Health Organization Collaborating Centres for Ear and Hearing Care, and delivers services such as cochlear implants, regional ear health, surgery and rehabilitation, and undertakes innovative ear and hearing research.

[1] World Health Organization, Millions of people in the world have hearing loss that can be treated or prevented. Retrieved on 16 March 2021 https://www.who.int/pbd/deafness/news/Millionslivewithhearingloss.pdf