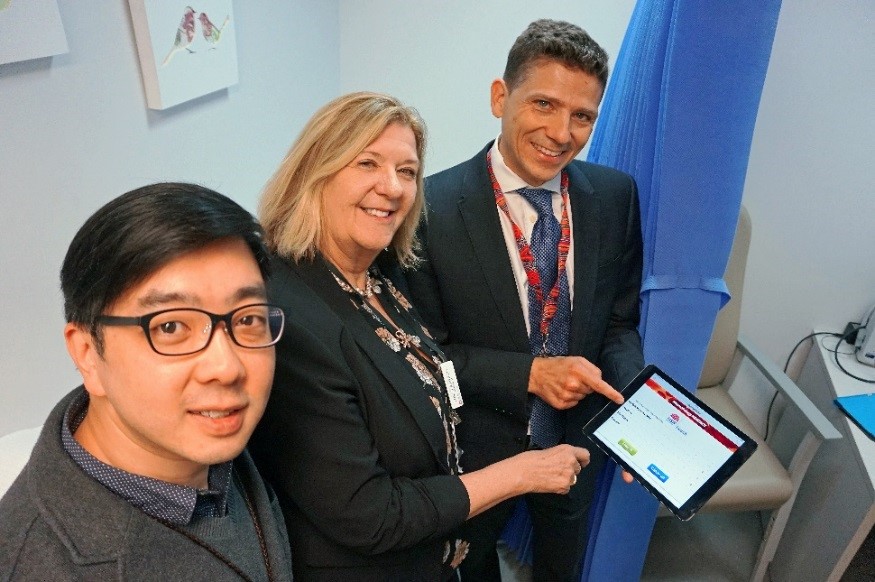 Patient recruitment to clinical trials can often be challenging, however, there is a new smartphone and web-based platform that is helping to fill that need. MTPConnect Project Fund Program recipient ClinTrial Refer has developed the platform to connect doctors to available patients who want to participate in a clinical trial across research networks. Since the application was launched in June 2013 in NSW and ACT, it has quickly gained traction and has been attributed to an increase of interest in clinical trials.

ClinTrial Refer Australia has reported that since releasing the application it has been associated with over 60-per-cent increase in trials recruitment. The integrated app is supporting over 19 current derivative pilot apps, links to the wide network of the Australia New Zealand Clinical Trials Registry (ANZCTR), and builds a national and potential global solution to improve trials recruitment. ClinTrial Refer’s Clinical Research Unit Manager Roslyn Ristuccia attributed some of the success of the app to the support and funding of MTPConnect.

“Our vision of improving recruitment to clinical trials via the ClinTrial Refer app is being realised because of MTPConnect’s grant,” Mrs Ristuccia said. “We want doctors and patients to connect, collaborate and participate in ClinTrial Refer.”

ClinTrial Refer is aligned with MTPConnect’s 10-year Sector Competitiveness Plan (SCP) by fostering an affluent environment to make Australia an attractive clinical trial destination. The app has been shown to increase clinical trial recruitment as well as trial unit staffing and activity. The successfully completed pilot study of the integrated platform will allow for the solution to become easily transferable to more and more trial units.

ClinTrial Refer has received overwhelming support from Australian pharmaceutical companies participating in the initiative, that have expressed the need for a national approach. This tool will allow ClinTrial Refer to roll out the Clinical Trials Ready Initiative, where sites are able to advertise their capabilities, investigator interests, and give sponsors access to this information in a filterable, and comprehensive manner within the app and website. By using this tool to increase recruitment, ClinTrial Refer aims to increase competitiveness and productivity and by measuring activity, the monitoring tools will inform national planning of clinical trial programs.

Australia’s geographically dispersed and comparatively small patient base creates difficulty in recruiting sufficient patients for trials. ClinTrial Refer has identified the two key barriers to clinical trial recruitment: cost regarding running trials at hospitals; and knowledge of what current recruiting studies are being conducted. To combat these challenges, ClinTrial Refer’s application encourages collaborative recruitment in a competitive environment, which enables investigators to recruit efficiently and timely to exceed targets and share patients across networks.

The app covers an estimated 40-per-cent of current trials being conducted in Australia, focusing on oncology studies, melanoma trials with the ability to reach internationally, and haematology in both Australia and New Zealand. ClinTrial Refer has reported that 90 percent of users searching for haematology trials are likely to be repeat users, with almost 100 percent coverage of haematologists using it at least weekly. In the figures below, ClinTrial Refer has reported an immediate and sustained increase in cross referrals for haematology clinical trials.

The National Health and Medical Research Council Clinical Trials Centre’s (NHRMCTC) Professor John Simes said he utilises the application to “recruit for brain cancer trials for my patients”; and another user at Royal Adelaide Hospital, Professor Bik To, added that the app is a “brilliant idea” and described it as “simple and effective”.

ClinTrial Refer has already garnered huge grass-roots support, with success to date due to word-of-mouth alone and users reporting over 85% satisfaction score and over 90% would recommend to a friend. The database is updated by trial sites themselves, which enables doctors to be linked with patients for current trials in less than a minute. Through this app, doctors can reach more patients helping to save their lives by getting access to clinical trials and emerging therapies via the platform’s comprehensive listing of all recruiting trials across Australia.