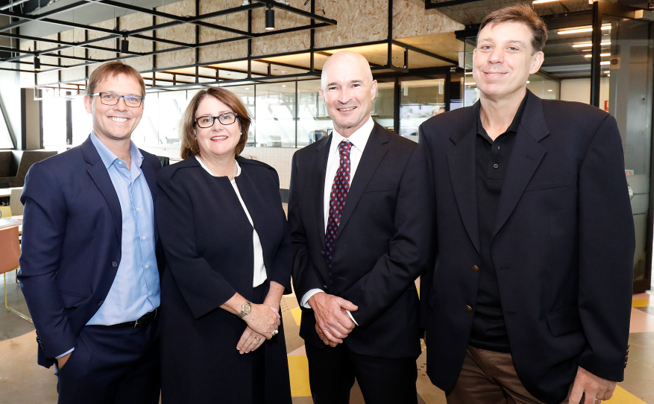 Medical technology start-up Indee Labs, partnered with the Australian National Fabrication Facility (ANFF-SA), the University of South Australia and other institutions to develop a gene delivery device that has the potential to save lives of thousands of people living with a life-threatening diseases like blood cancer. While in its initial stages, Indee Labs looked to Silicon Valley for production expertise, but soon realised that ANFF-SA would provide the speed and quality boost the start-up required. In April 2018, Indee Labs received funding from the Australian Government Department of Health's BioMedTech Horizons program, delivered by MTPConnect, to become a game changer in gene therapies. This funding was further complimented by venture capital investment from Main Sequence Ventures (Australia) along with Founders Fund, Social+Capital and others in the United States bringing total seed-stage financing to AUD$7.1 million.

Founded in 2015, Indee Labs’ Founder and CEO Ryan Pawell started with one simple goal in mind: to develop an efficient gene delivery device for scalable gene-modified cell therapies that is both affordable and accessible for people who require treatment for life-threatening diseases like blood cancer, solid tumours, rare disease along with auto immune disease and more.

Microfluidic vortex shedding (µVS) is a technology that offers revolutionary improvements over existing gene delivery methods; including high yield, negligible immune cell perturbation along with rapid processing of research, clinical-and commercial-scale samples with a simple workflow, and a small footprint.

Mr Pawell expressed his gratitude to the support of partner and collaborator ANFF-SA to fast track its technology to the market.

“It was less than a week after my move I called Simon Doe at ANFF-SA,” Mr Pawell explained.

“Nobody does micro and nanofabrication with the speed and quality found at ANFF-SA.

“I am a repeat customer of ANFF-SA for a reason. The ANFF-SA’s world-class capabilities and their flexibility to partner up with innovative likeminded organisations results in improved development timelines and technical capabilities.”

The microfluidic device, which fits in the palm of your hand, allows for precise cell processing: by gently disrupting the cell’s membrane with fluid dynamics. New genes can enter as the membrane heals, it encases new genetic information, which modifies or engineers the cell to attack a specified disease with high efficiency, viability and cell recovery along with no perturbation of the cells.

With the recent funding contribution of around AUD$1 million from the BioMedTech Horizons program complimented by more than AUD$3.4 million in additional venture capital, Indee Labs and its collaborators can progress its gene therapies towards the patient’s bedside. The program will enable the product to be accessible to treat the masses by solving the manufacturing issues responsible for high costs, which will also reduce the lead times for a treatment from months to weeks.

Another benefit from BioMedTech Horizons funding, is Indee Labs’ ability to grow its business with the support of its collaborators. Mr Pawell added that doing this will strengthen his business and open opportunities.

“Shortly after talking to Simon about our simulation needs, we worked together to create a new STEM position in South Australia,” Mr Pawell concluded.

“As of the MTPConnect grant date, we have two Australian STEM employees and are in the process of hiring two more STEM employees. We are also working an Australian industrial designer on instrument development.

“The mission critical validation from MTPConnect and the BioMedTech Horizons independent expert review panel, has provided us with momentum during our fundraising efforts.

“As a result, we can now accelerate the project further and faster than originally anticipated with the help of both our Australian and American investors.”