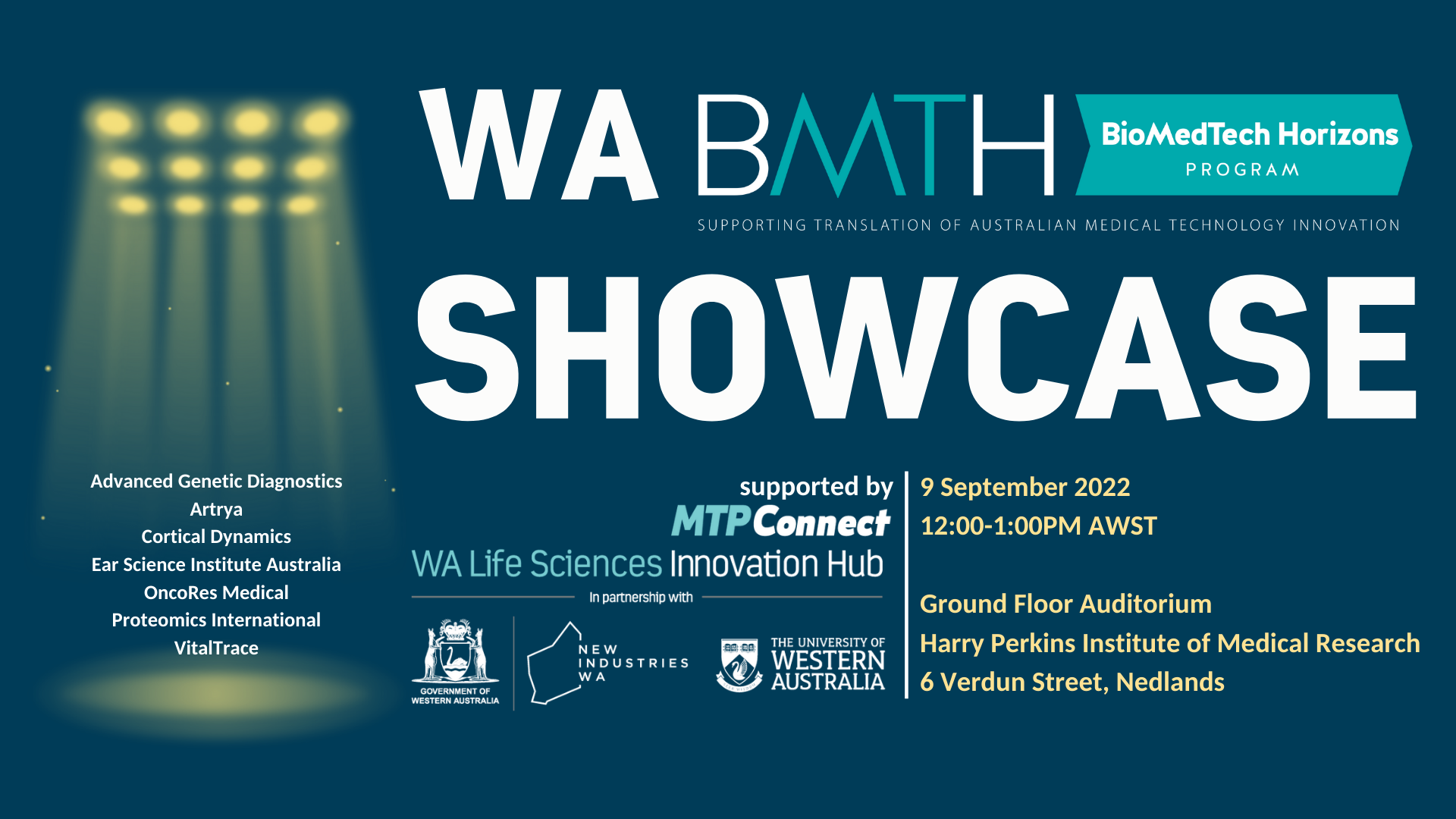 This week the BioMedTech Horizons (BMTH) team is in Perth meeting with awardees prior to the WA BMTH Showcase event on Friday 9 September. The Showcase will feature an opening address from the Hon. Stephen Dawson MLC, WA’s Minister for Innovation, ICT and Medical Research and will celebrate some of WA’s outstanding medtech organisations and projects.

Across four funding rounds, the BMTH program has funded 49 projects. Investments are focused on supporting proof-of-concept to commercial development of biomedical and medical technologies.

The WA BMTH Showcase provides an opportunity to hear from WA-based companies awarded BMTH funding to develop and commercialise their medtech innovations, as they showcase their successes, commercialisation journey and future plans to WA’s Minister for Innovation, ICT and Medical Research.

The event will be delivered by the MTPConnect WA Life Sciences Innovation Hub, which was co-founded through the WA Government’s New Industries Fund and the University of Western Australia to accelerate economic growth and create new jobs and industries.

Located at The University of Western Australia (UWA) at the Harry Perkins Institute of Medical Research Building, Nedlands, the team delivers a program of activities to provide opportunities for the WA MTP sector.

It is one of the three WA Government Innovation Hubs that deliver programs to connect the innovation community, build capacity and new skills, attract investment, and foster commercialisation.

This week, the BMTH team is meeting in-person with awardees in WA for project progress updates, with the week culminating in the WA BMTH Showcase at The Harry Perkins Institute of Medical Research Building at The University of Western Australia.

BMTH projects based in WA are:

Our WA Life Sciences Innovation Hub invites you to join the BMTH Showcase event on Friday to hear more about the insights, successes, and development and commercialisation stories from innovative WA companies.